This page is a record of the  "Celebration of Jackie's Life. "
The main things are numbered...some quality lost because of Internet restraints.

When you click on any of these you should choose   OPEN   unless you wish to
save for future viewing.    If you choose save you need to choose a folder to save to.

1.   An audio  Eulogy spoken by our son in law (our Christa's husband) Jeffrey Knight.
Also for those who prefer to read here is Microsoft Word 2003  Document format.

2.  Jeffrey Knight  also put together this 10min  video slide show with music  mp4 file
that was shown at the Celebration of Jackie's life.

3.   Richard Knight Read the Scripture   that Jackie chose herself.

4.  The message is from our long time friend Pastor Jim Gunzel

6.   All singing ,   a full band and 2 singers with mikes , recording is blurred but sounded good on the day
The Old Rugged Cross.

Honored Jackie by this on their site.

With the passing of Jackie Langley, the University of Victoria and CUPE 951 has lost a kind and devoted friend. Jackie touched many through her work in UVic Accounting and Pension Services and was also very involved in CUPE prior to moving to a position in the PEA.

As a CUPE member Jackie volunteered many hours and was very influential at representing the rights of support staff workers on the first Joint Job Evaluation Committee which designed and tested the JE Questionnaire in the mid 90s, leading eventually to both internal equity and pay equity for CUPE 951 members.

A memorial service will be held on Thursday, November 13 at 2:00 pm at Victoria Pacific Rim Alliance Church, 1792 Townley St, Victoria

Obituary, as run in the Times-Colonist: 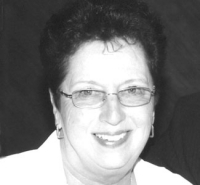 LANGLEY, Jacqueline Mary Jackie was born in England October 22, 1942 and moved to Canada in 1962 with her loving husband Gavin, of 6 months. The two of them started a life together in a new country with $60 and a trunk with their belongings. Four years later while they were living in Ontario, their son Richard was born. That was a life changing year for them. They not only created a new life on this earth but also found a new life in Christ. This changed the direction of their lives from that year on. They slowly moved across Canada to eventually find Victoria,
where they wanted to stay. As their son Richard was growing up they wanted another child. With almost 14 years between them, God blessed them with the birth of their daughter Christa. Jackie was very involved in her church where she met many friends and gave a lot of her time in the Sunday school and with the music team. She was always full of life and took every opportunity to make people laugh through her fun loving personality. Her caring ways and generosity were with her wherever she went. She devoted many years working along side her husband with their various hair salons. She then went on to work at the University of Victoria as an office administrator in the accounting department, where she has worked for the past 22 years. During these years she touched many peoples' lives in various ways. It was a shock to all of us when only weeks before her 65th birthday, in 2007, Jackie was diagnosed with a very aggressive and rare form of the blood cancer multiple myeloma. She has fought very hard this past year; but our time left with Jackie was very precious and unfortunately too short. In their bed and with her husband by her side Jackie went home to be with her Saviour Jesus Christ on November 7th, 2008. She will be missed on earth but we look forward to the day we are reunited with our grandma, mother and wife in heaven. Jackie is survived by her devoted husband Gavin, twin brother Ian, her loving children Richard and Christa, her son-in-law Jeffrey, and wonderful grandchildren Brandon, Cheyenne, Zoe, and Scarlett. A memorial service will be held on Thursday November 13th at 2:00pm at Victoria Pacific Rim Alliance Church, 1792 Townley St. Victoria B.C. A close friend of the family Pastor Jim Gunzel will officiate. A special thanks to our family physician Dr. Chris Pengilly and oncologist Dr. Jason Hart, also the nursing staff both in and out of hospital. In Lieu of flowers donations can be made to the Mustard Seed Victoria 625 Queens Ave. Victoria, B.C. V8T 1L9 (250)385-0430 511826
--------------------------------------------------------------------